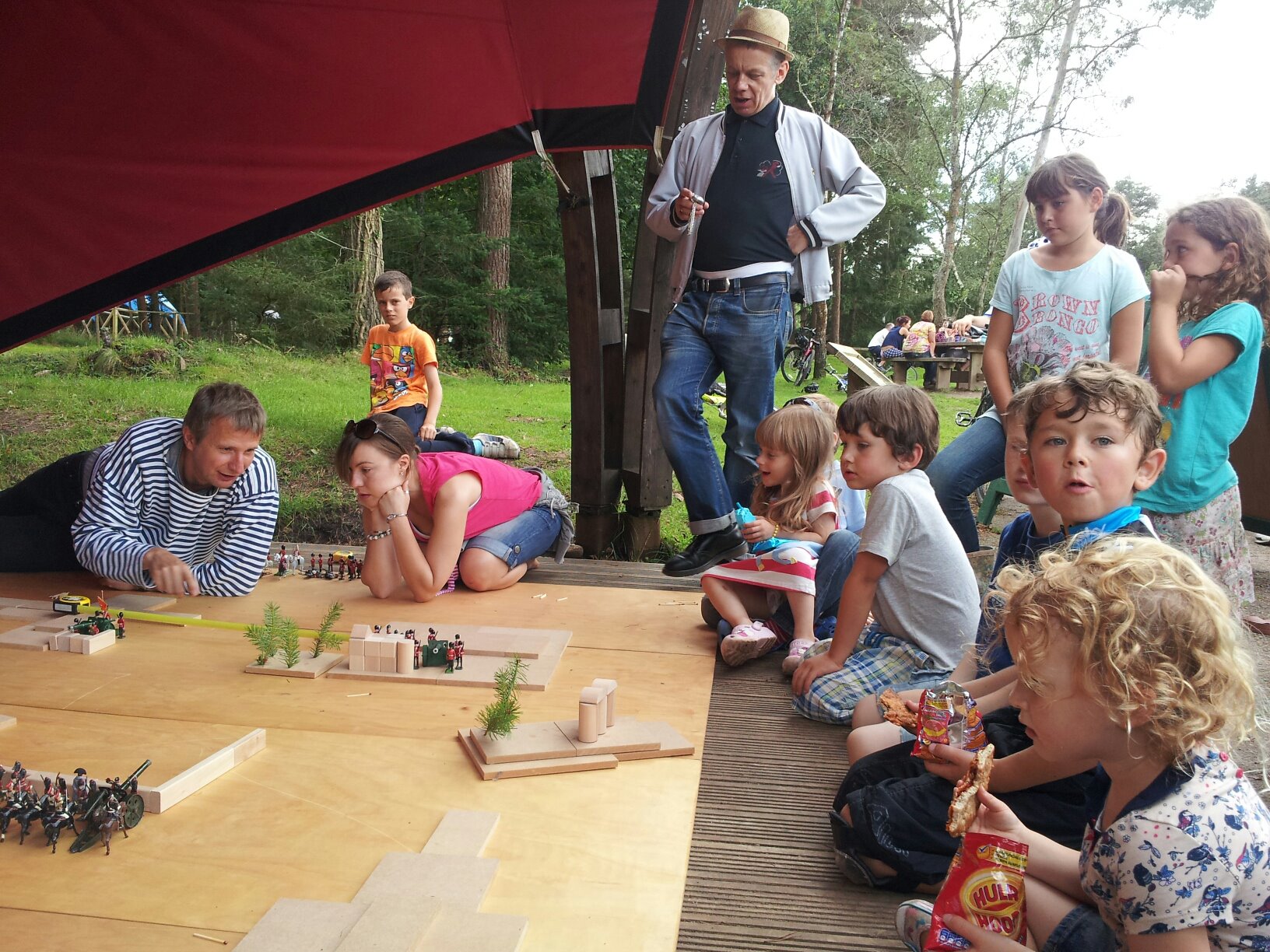 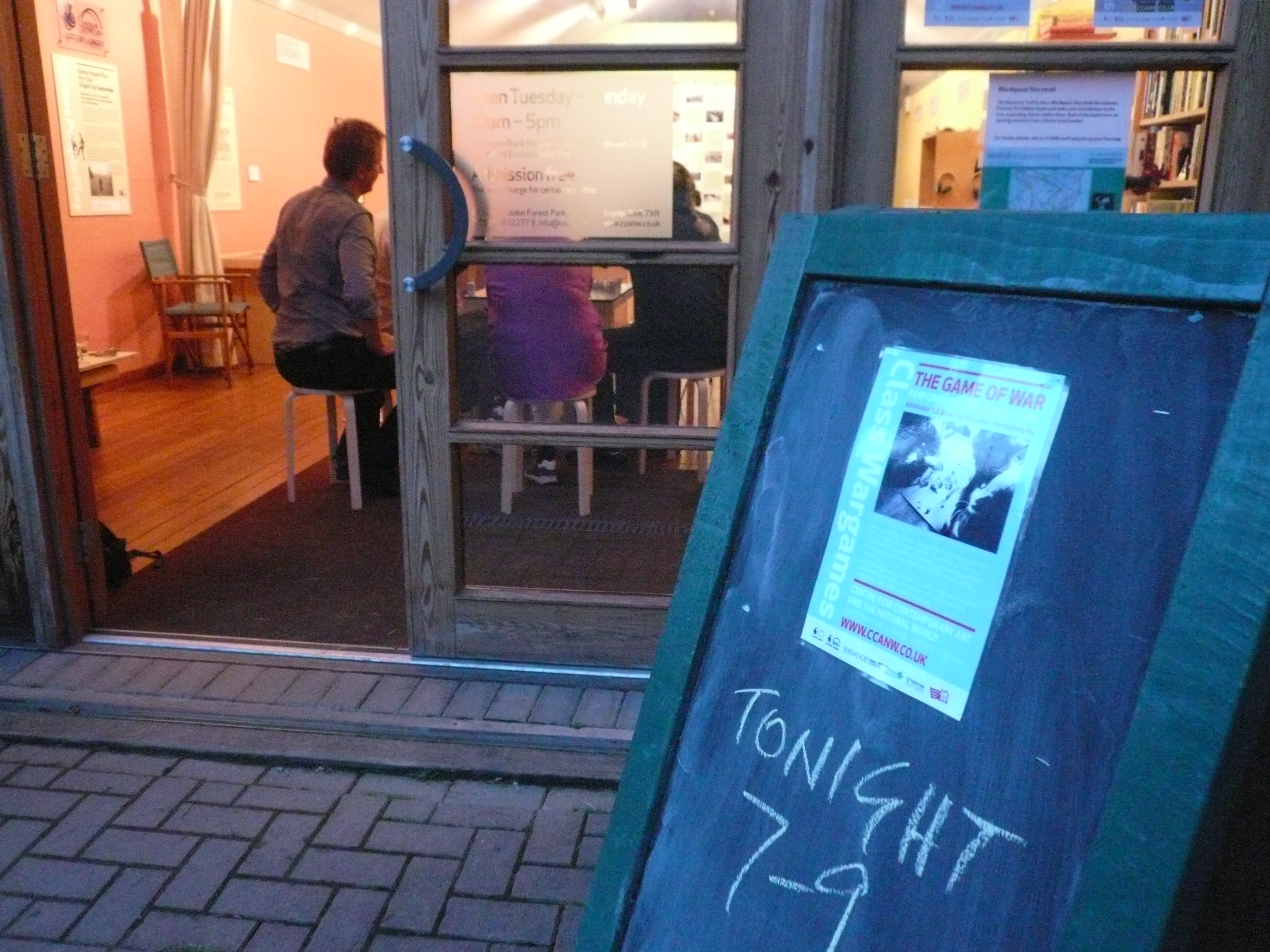 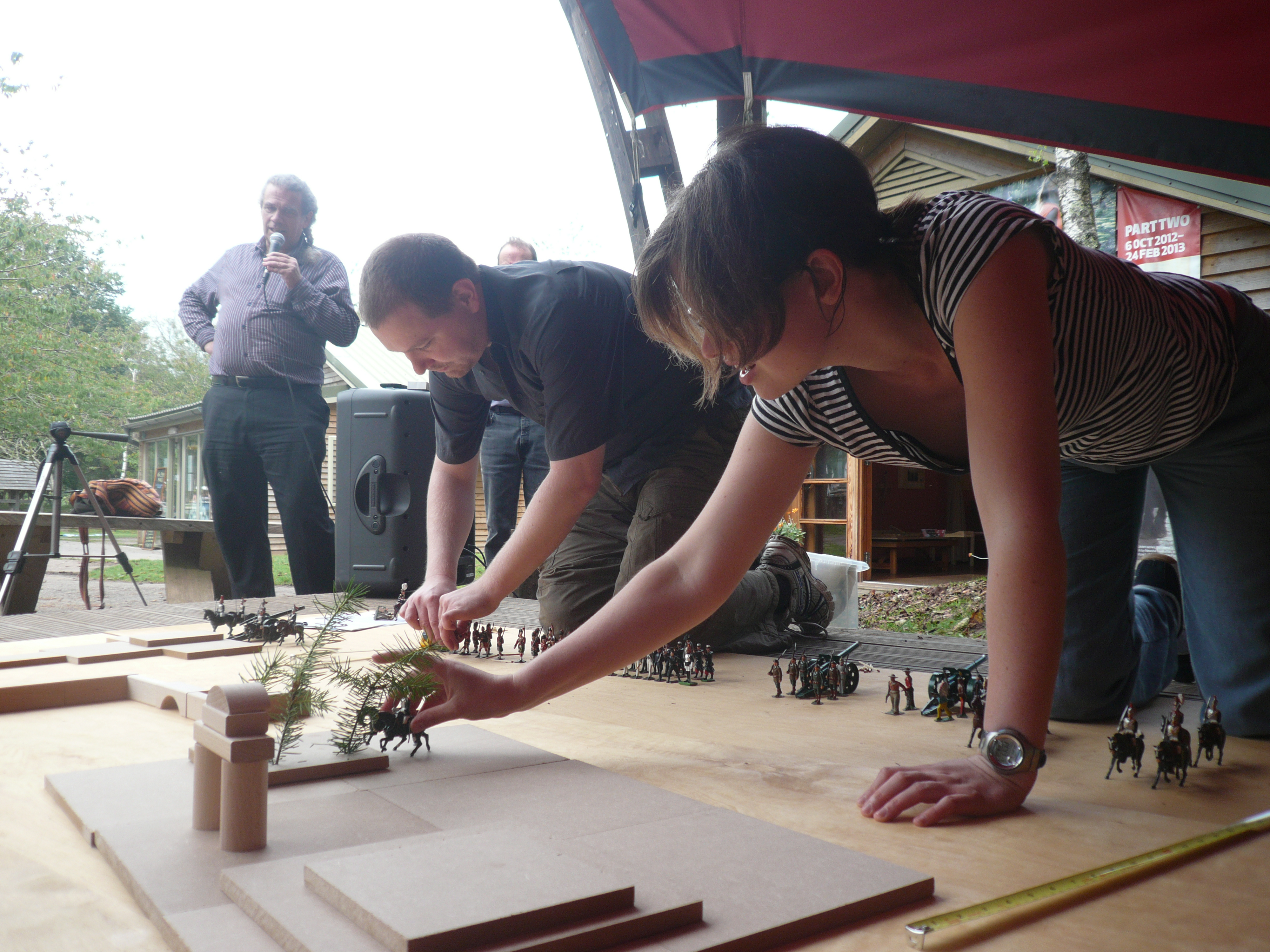 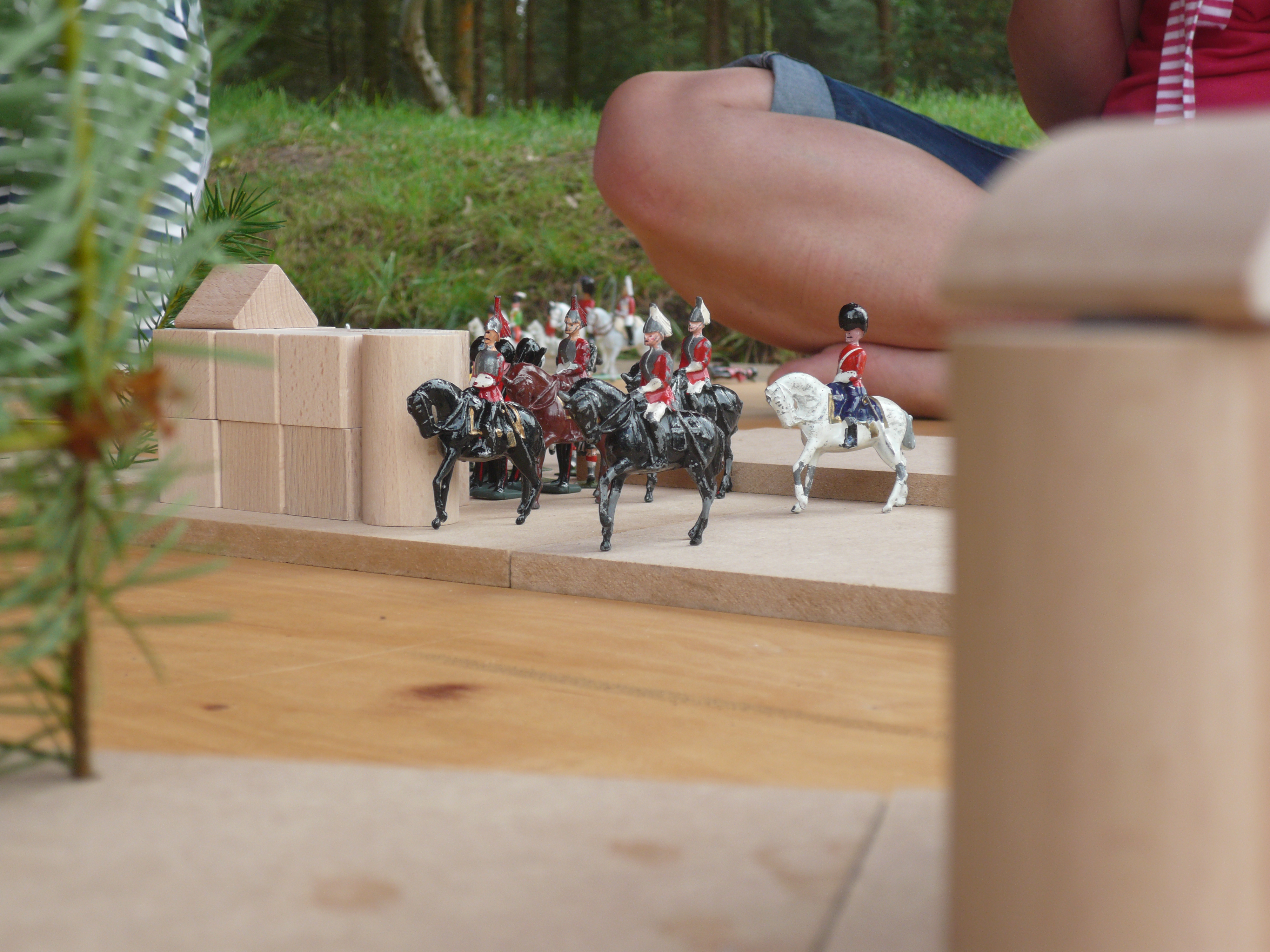 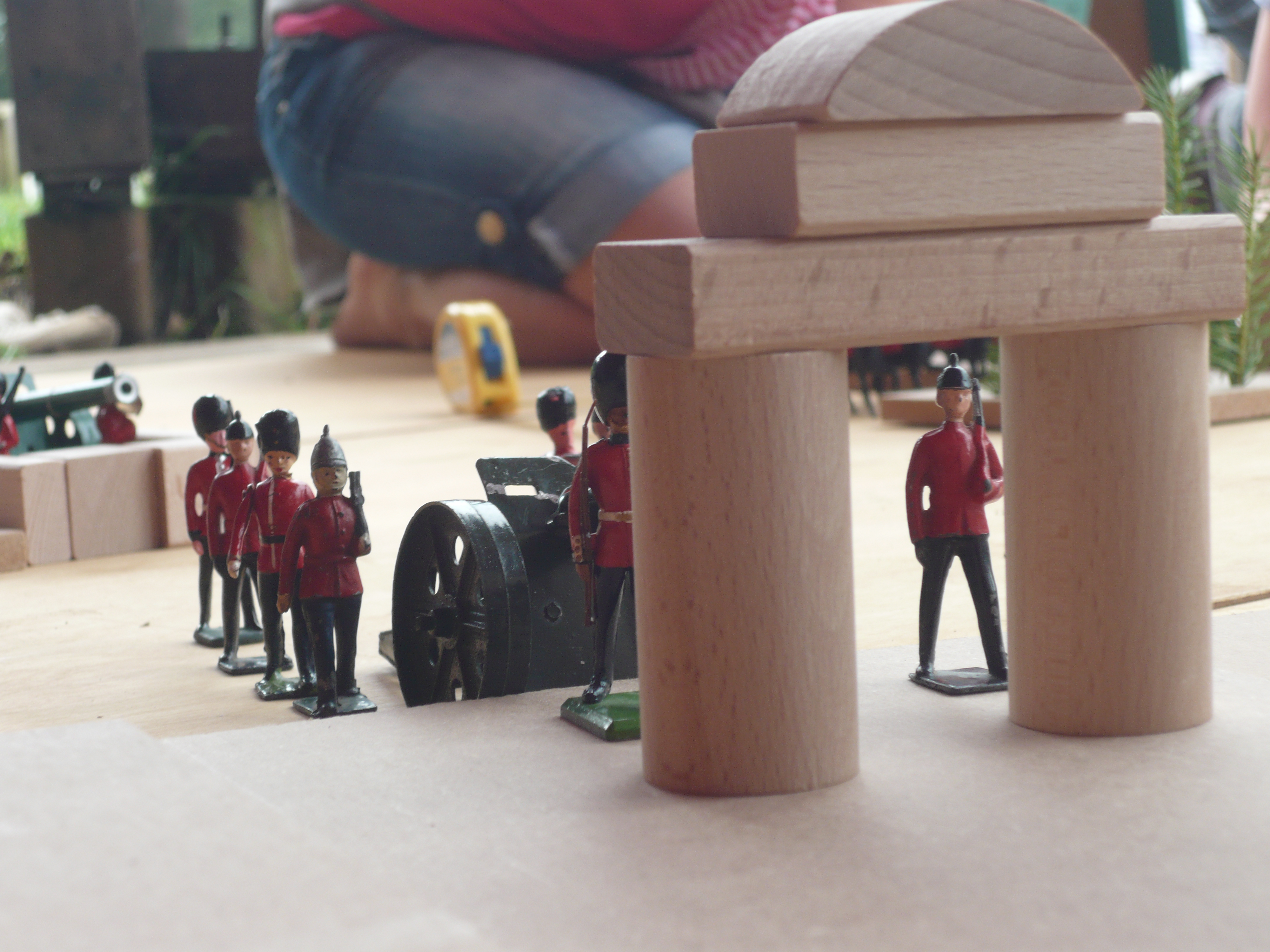 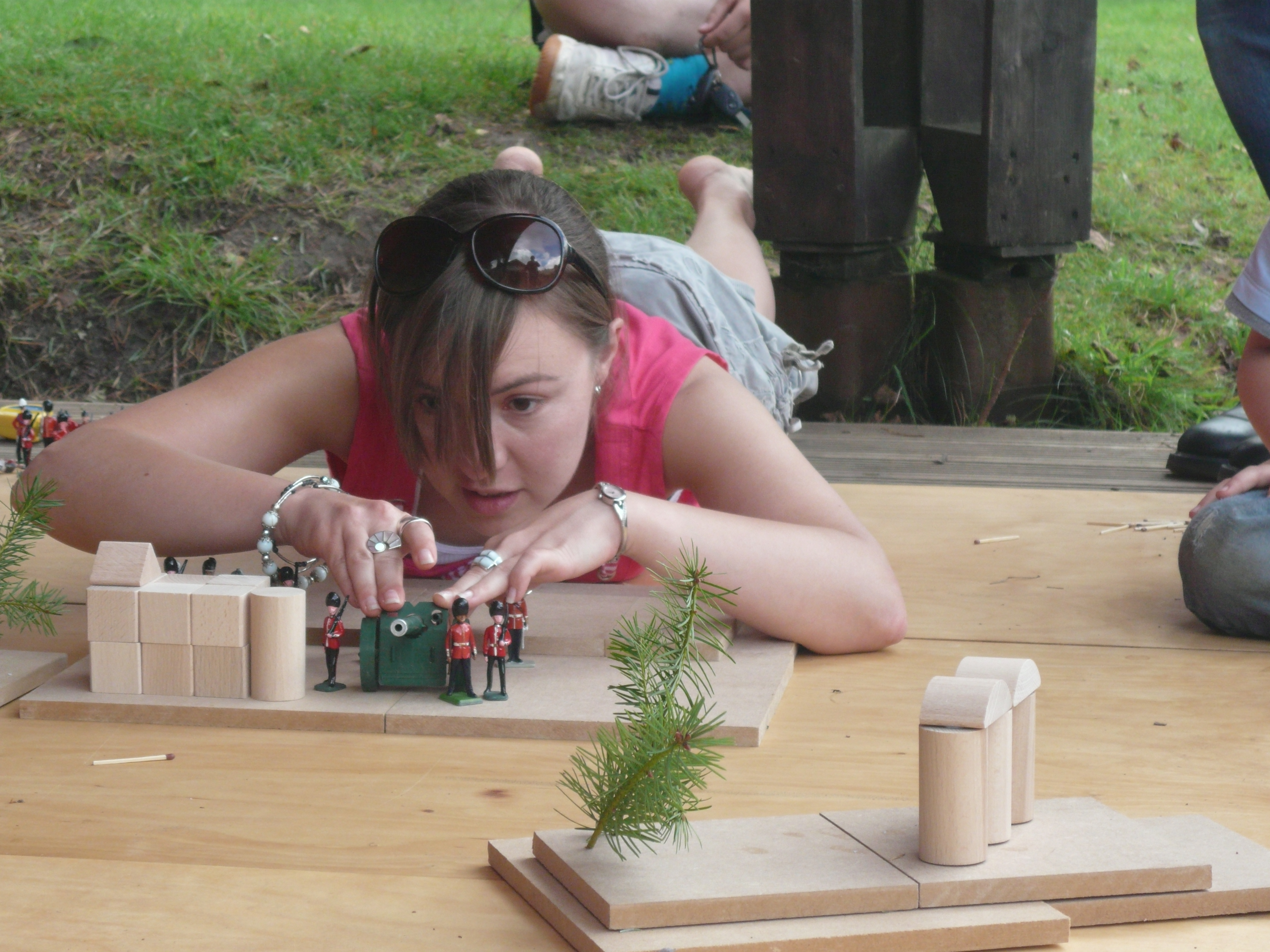 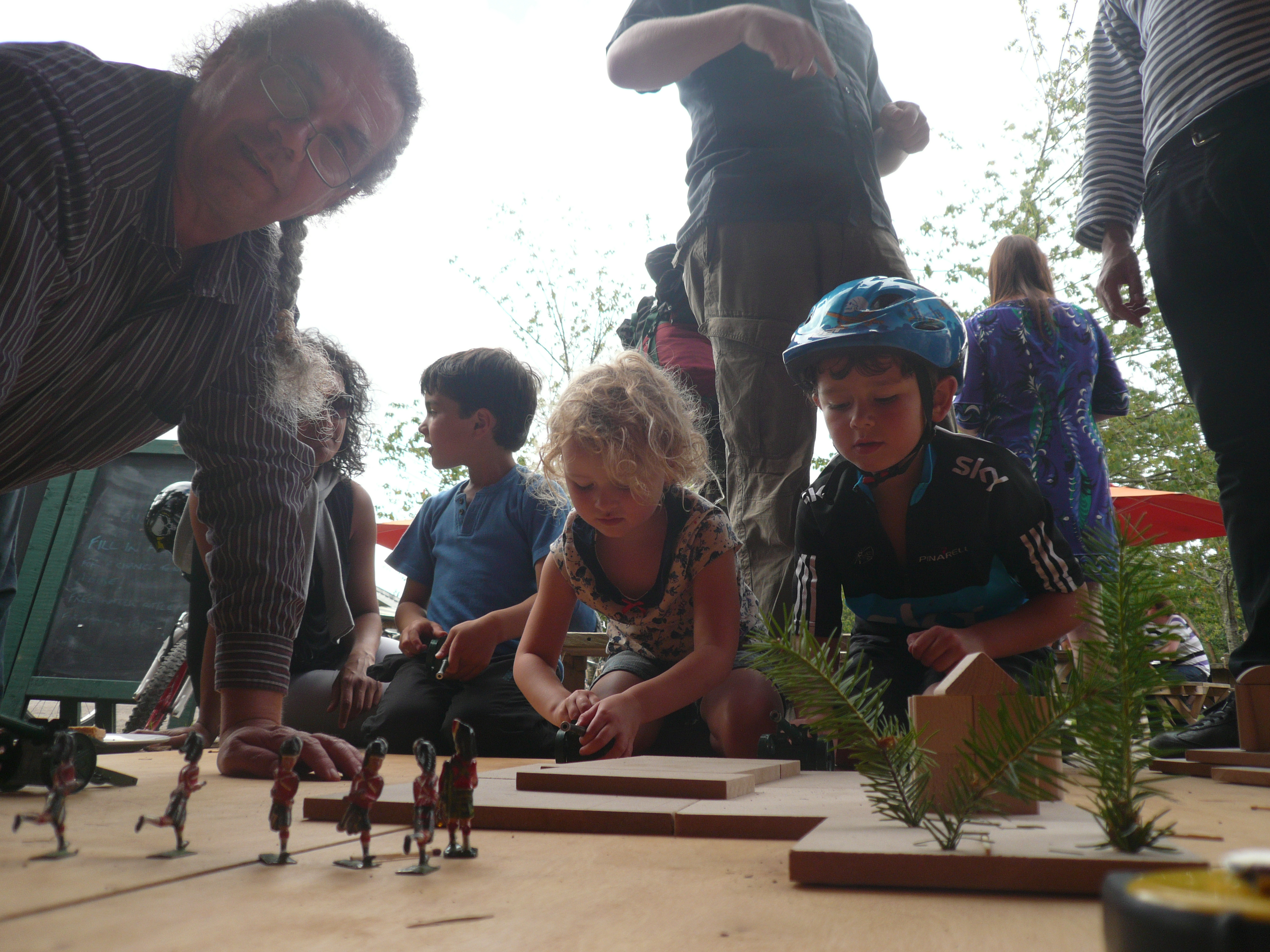 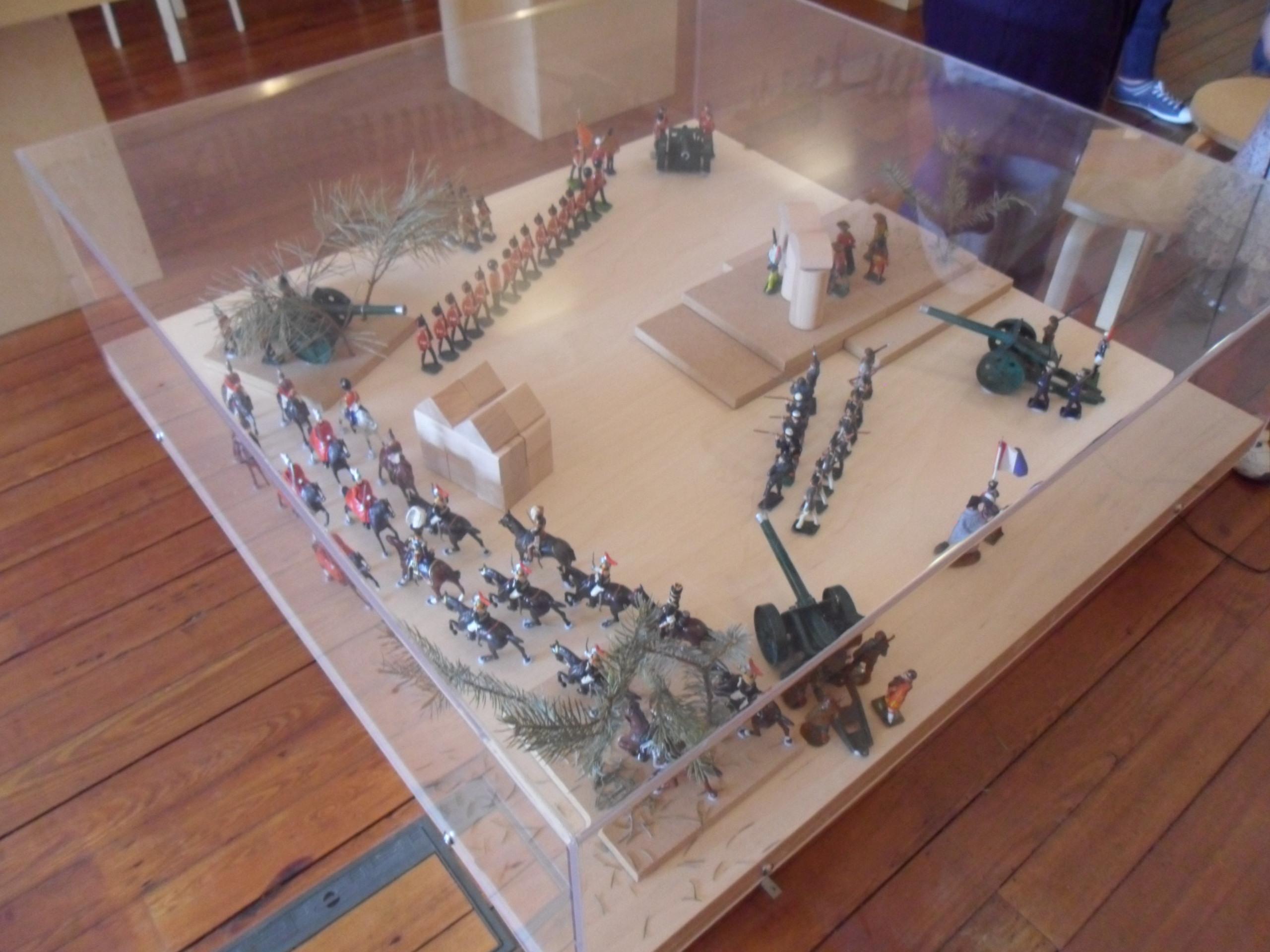 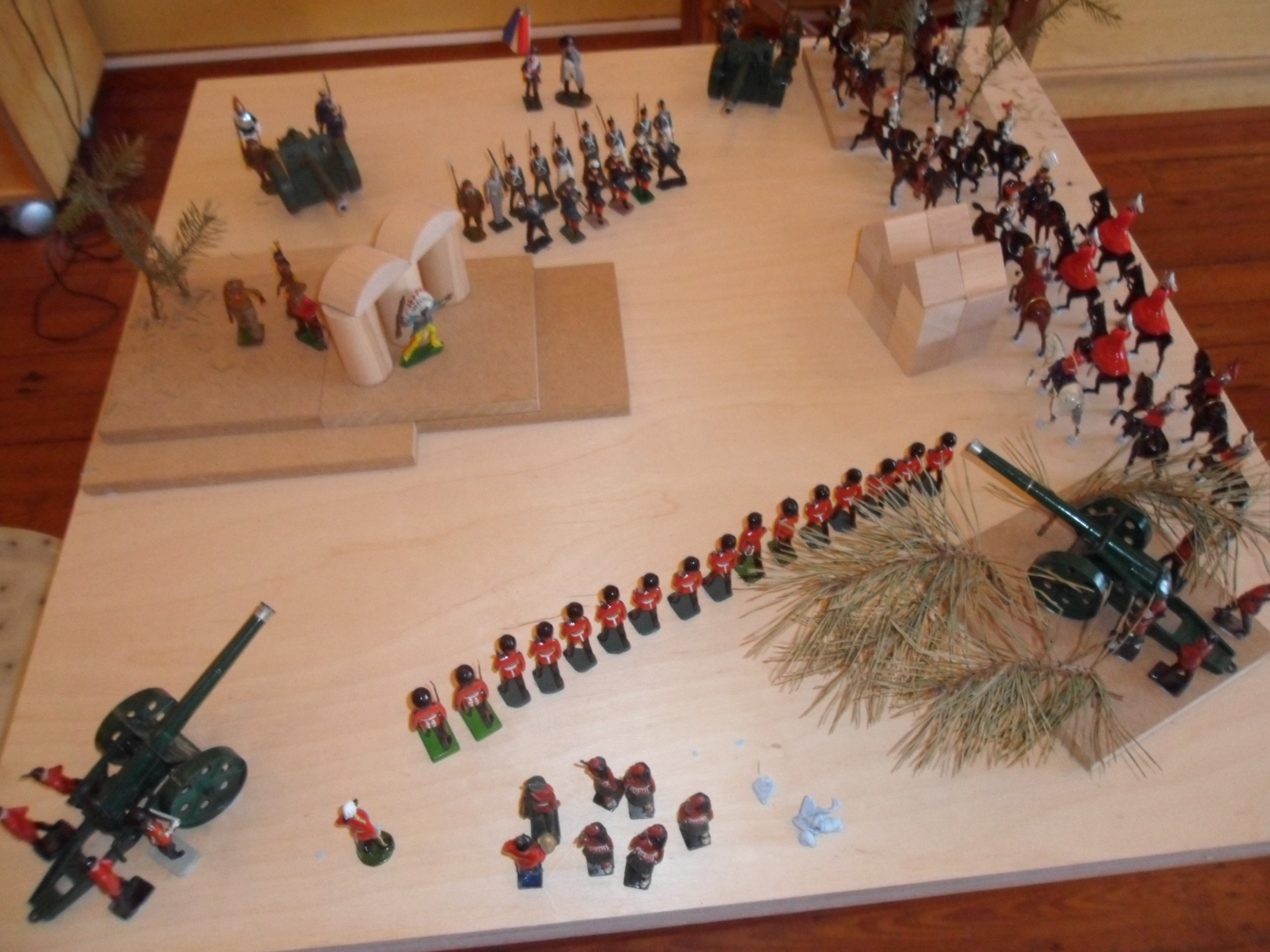 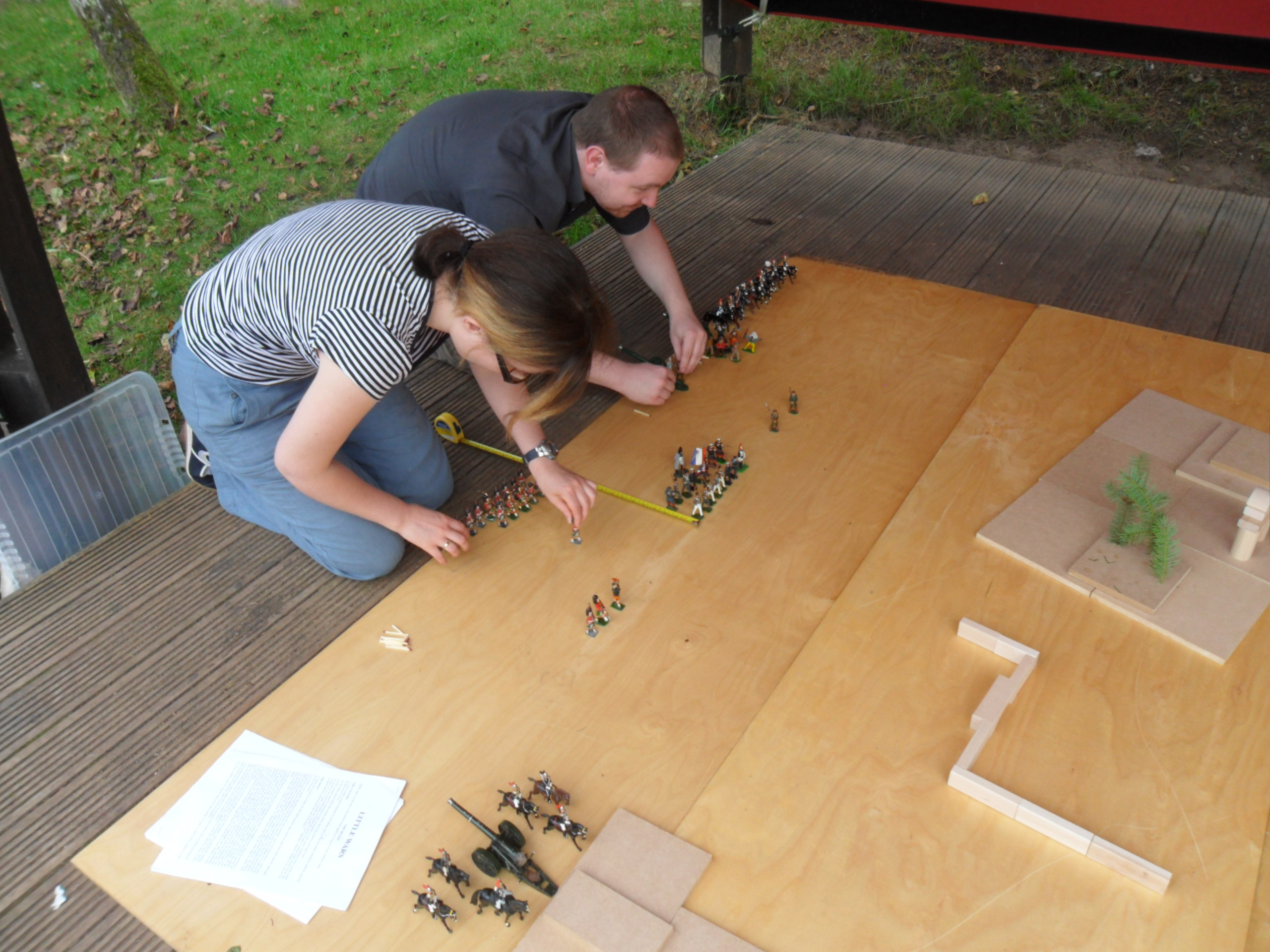 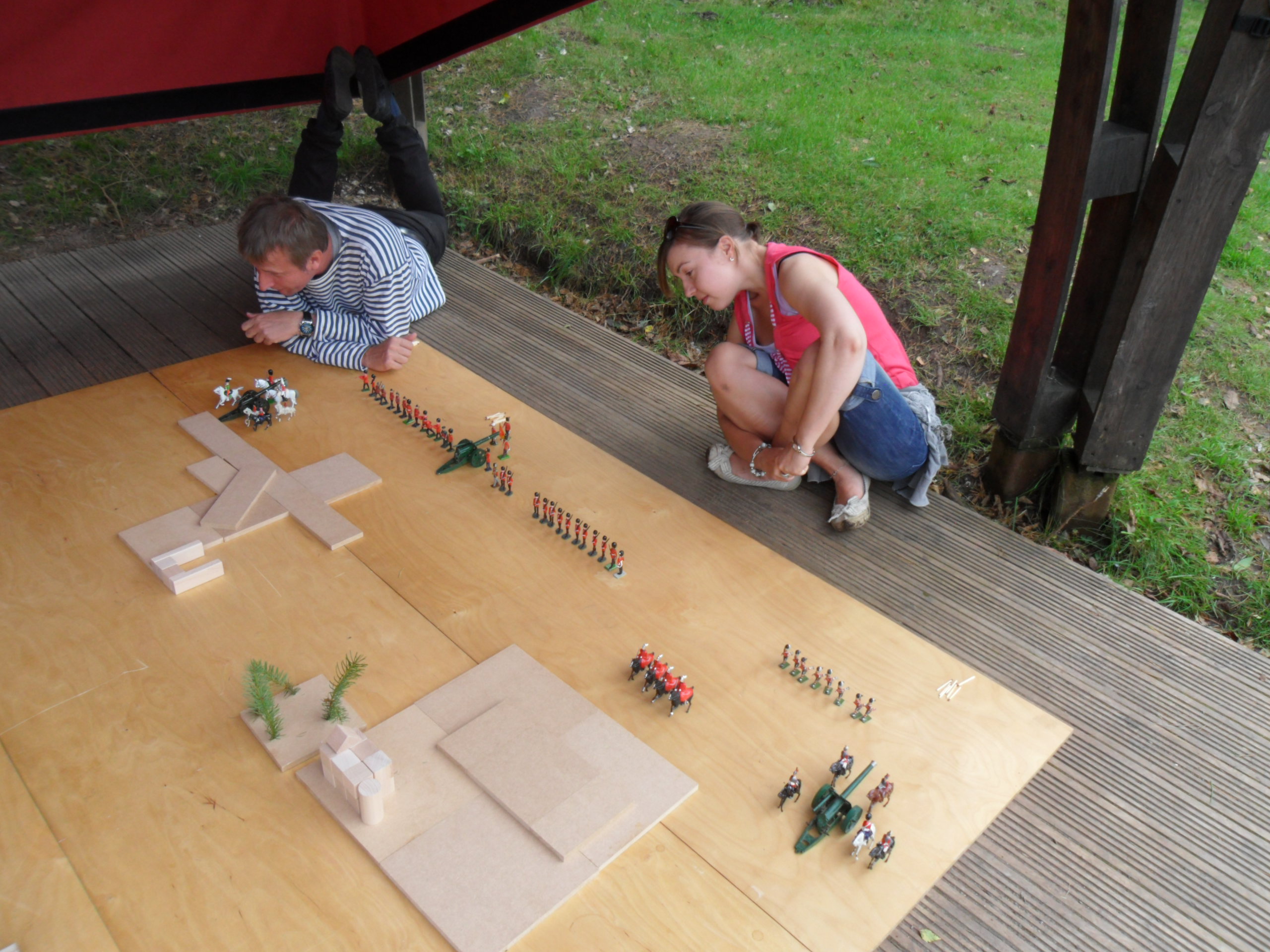 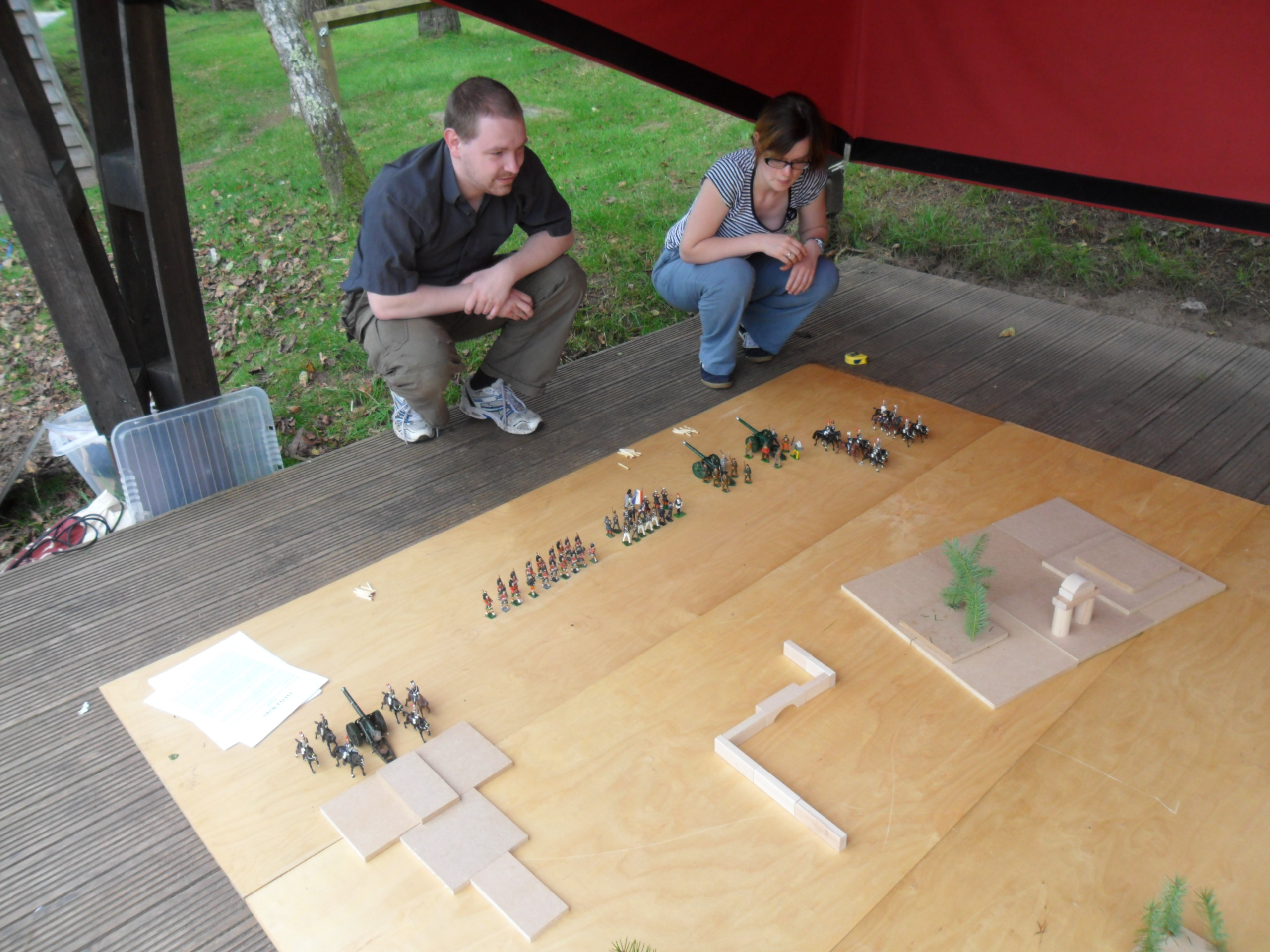 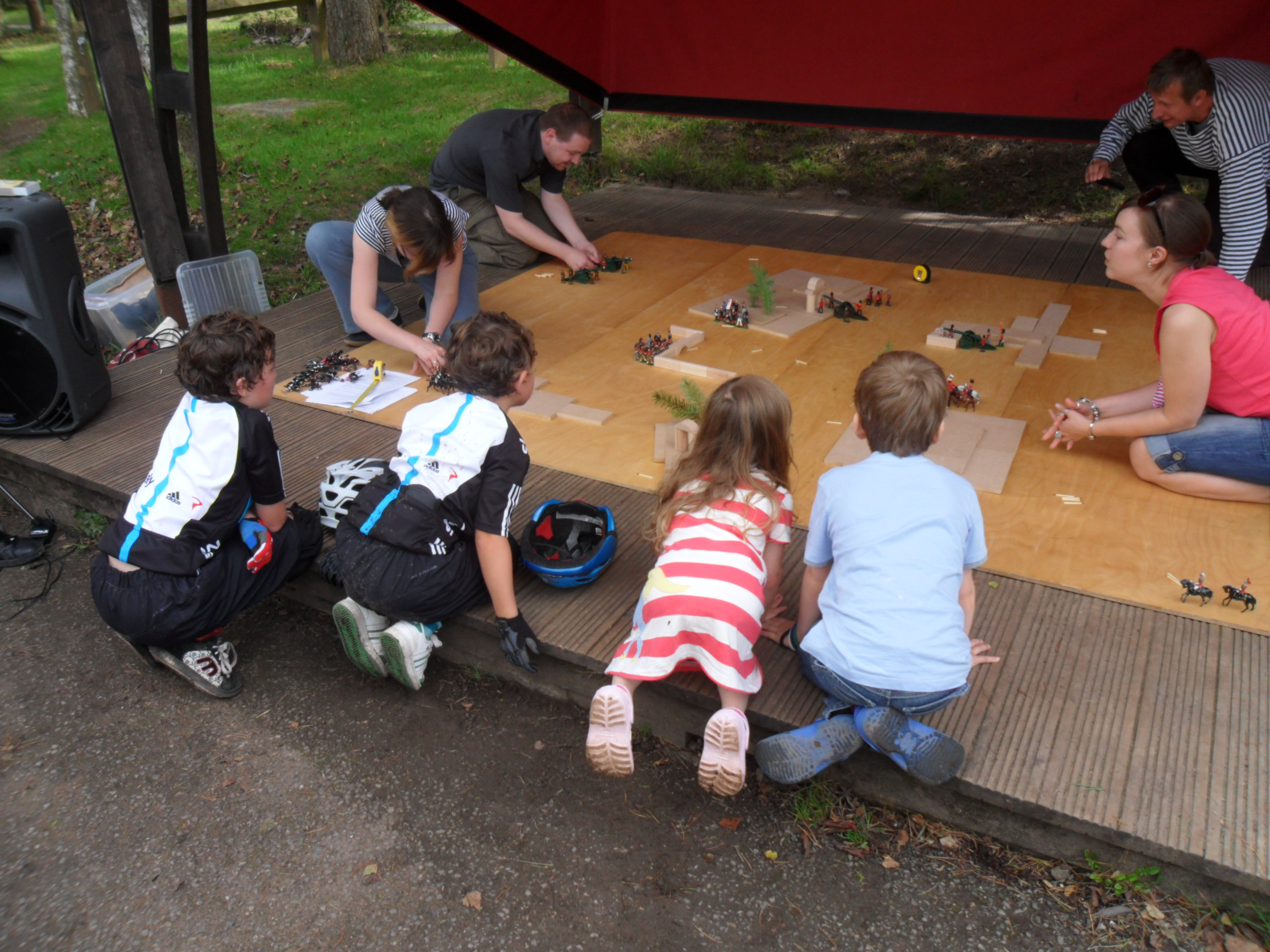 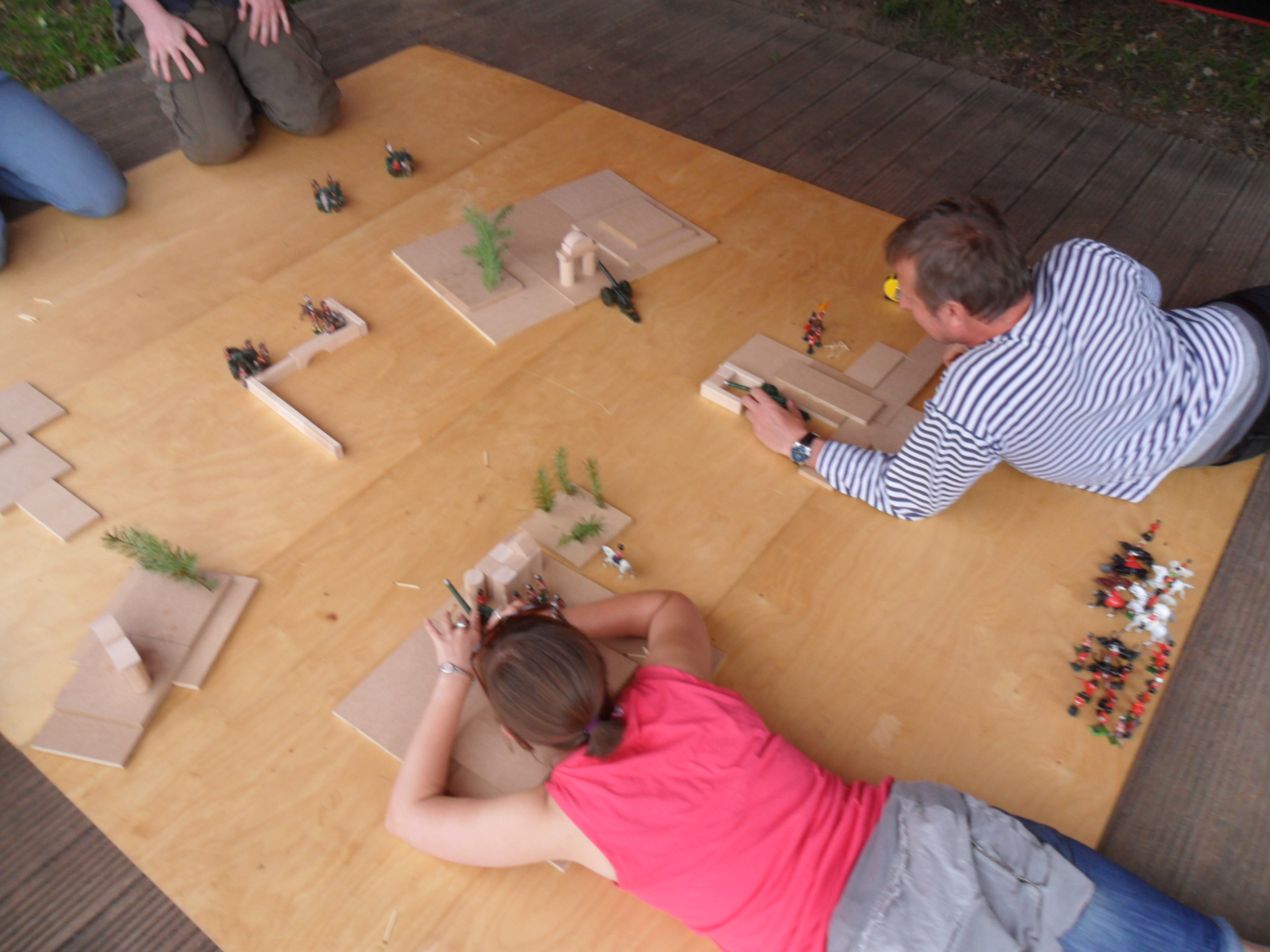 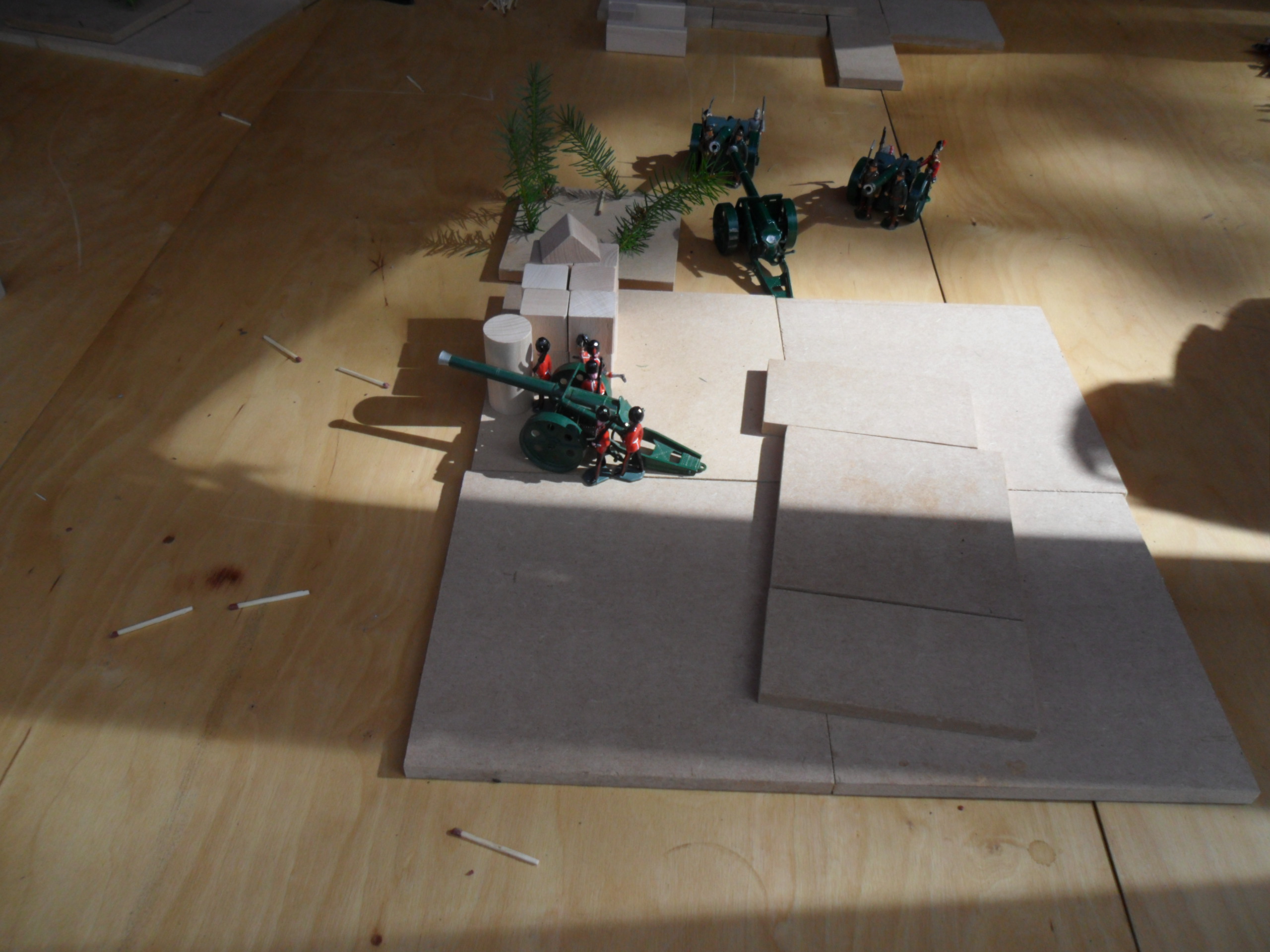 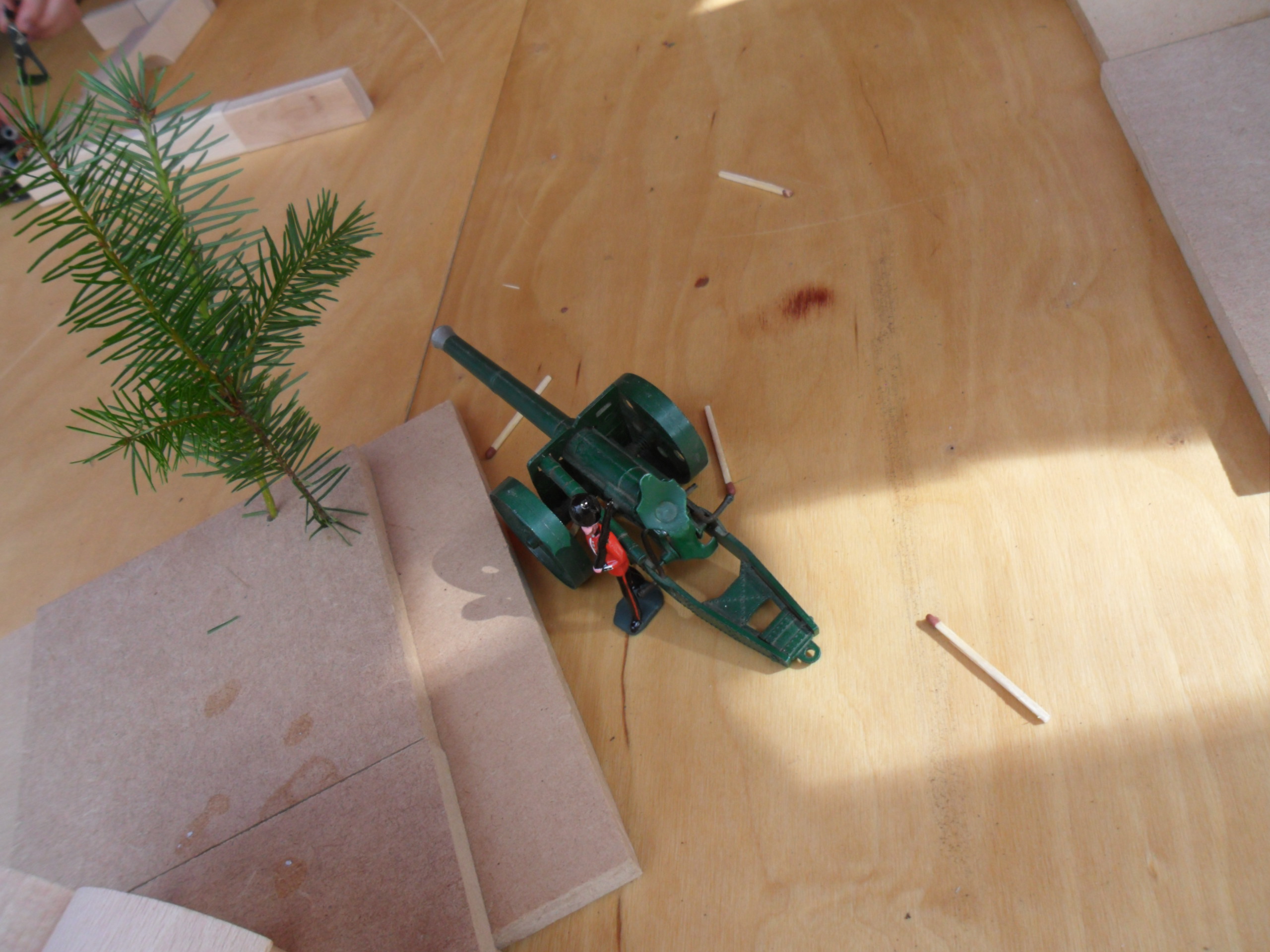 "Little Wars is the game of kings—for players in an inferior social position. It can be played by boys of every age from twelve to one hundred and fifty—and even later if the limbs remain sufficiently supple—by girls of the better sort, and by a few rare and gifted women. This is to be a full history of Little Wars from its recorded and authenticated beginning until the present time, an account of how to make little warfare, and hints of the most priceless sort for the recumbent strategist ... But first let it be noted in passing that there were prehistoric Little Wars. This is no new thing, no crude novelty; but a thing tested by time, ancient and ripe in its essentials for all its perennial freshness—like spring. There was a someone who fought Little Wars in the days of Queen Anne; a garden Napoleon. His game was inaccurately observed and insufficiently recorded by Laurence Sterne. It is clear that Uncle Toby and Corporal Trim were playing Little Wars on a scale and with an elaboration exceeding even the richness and beauty of the contemporary game. But the curtain is drawn back only to tantalise us. It is scarcely conceivable that anywhere now on earth the Shandean Rules remain on record. Perhaps they were never committed to paper.... And in all ages a certain barbaric warfare has been waged with soldiers of tin and lead and wood, with the weapons of the wild, with the catapult, the elastic circular garter, the peashooter, the rubber ball, and such-like appliances—a mere setting up and knocking down of men. Tin murder. The advance of civilisation has swept such rude contests altogether from the playroom. We know them no more...." - H.G Wells, Little Wars: a game for boys from twelve years of age to one hundred and fifty and for that more intelligent sort of girl who likes boys' games and books. 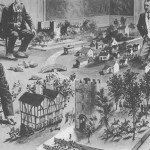 "In the eponymous book of his game, Wells emphasised that his ludic creation was more than just an amusing pastime. For over a decade before Little Wars appeared, he'd been a prominent member - and maverick - member of the Fabian Society which lobbied for the gradual socialist reform of British society. During his lifetime, Wells' sci-fi novels and futurological texts would popularise their vision of the enlightened elite who would replace the poverty and ignorance of liberal capitalism with a new collectivist commonwealth constructed along rational and scientific lines. Most admirably, in contrast with many of his Fabian colleagues, he was also openly contemptuous of the racial hierarchies of the British Empire and its American imitator. Although no Marxist, Wells' socialism was always internationalist. Like all of his writings, Little Wars was designed to promote these Left political beliefs. By following its rules, the players of this figurine wargame would soon understand that any conflict between the major powers fought with modern weapons would result in massive casualties on the battlefield ... In his explanatory remarks in Little Wars, Wells even dreamt of luring the generals, politicians and industrialists who were then driving Europe towards a disastrous imperialist bloodbath into his Sandgate garden. Once there he would diver their competitive instincts with his socialist alternative to the impending Great War: playing with Britains' figurines. Knocking over toy soldiers with metal pellets was much preferable to killing human beings with artillery shells." - Richard Barbrook, Class Wargames: ludic subversion against spectacular capitalism.