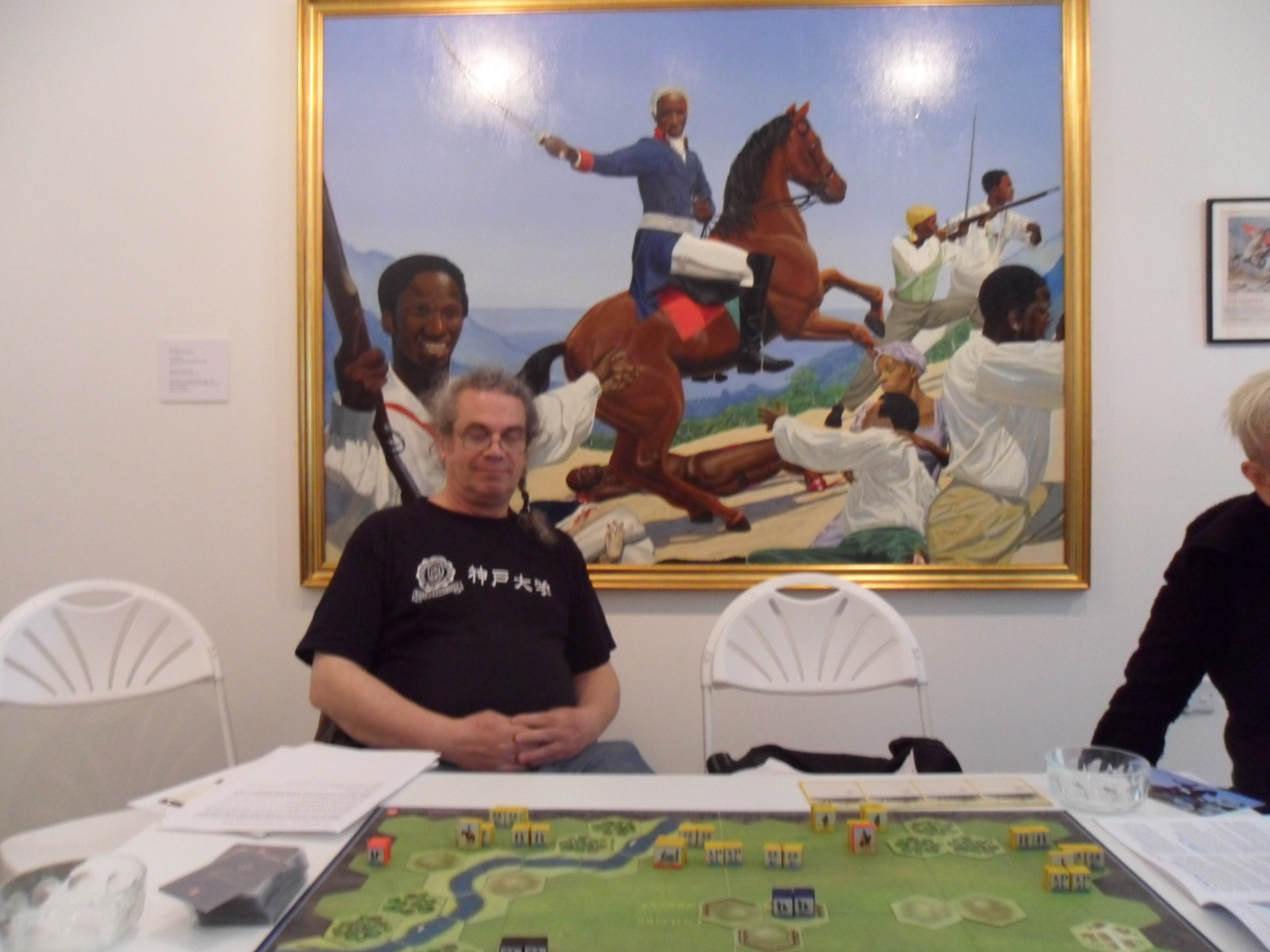 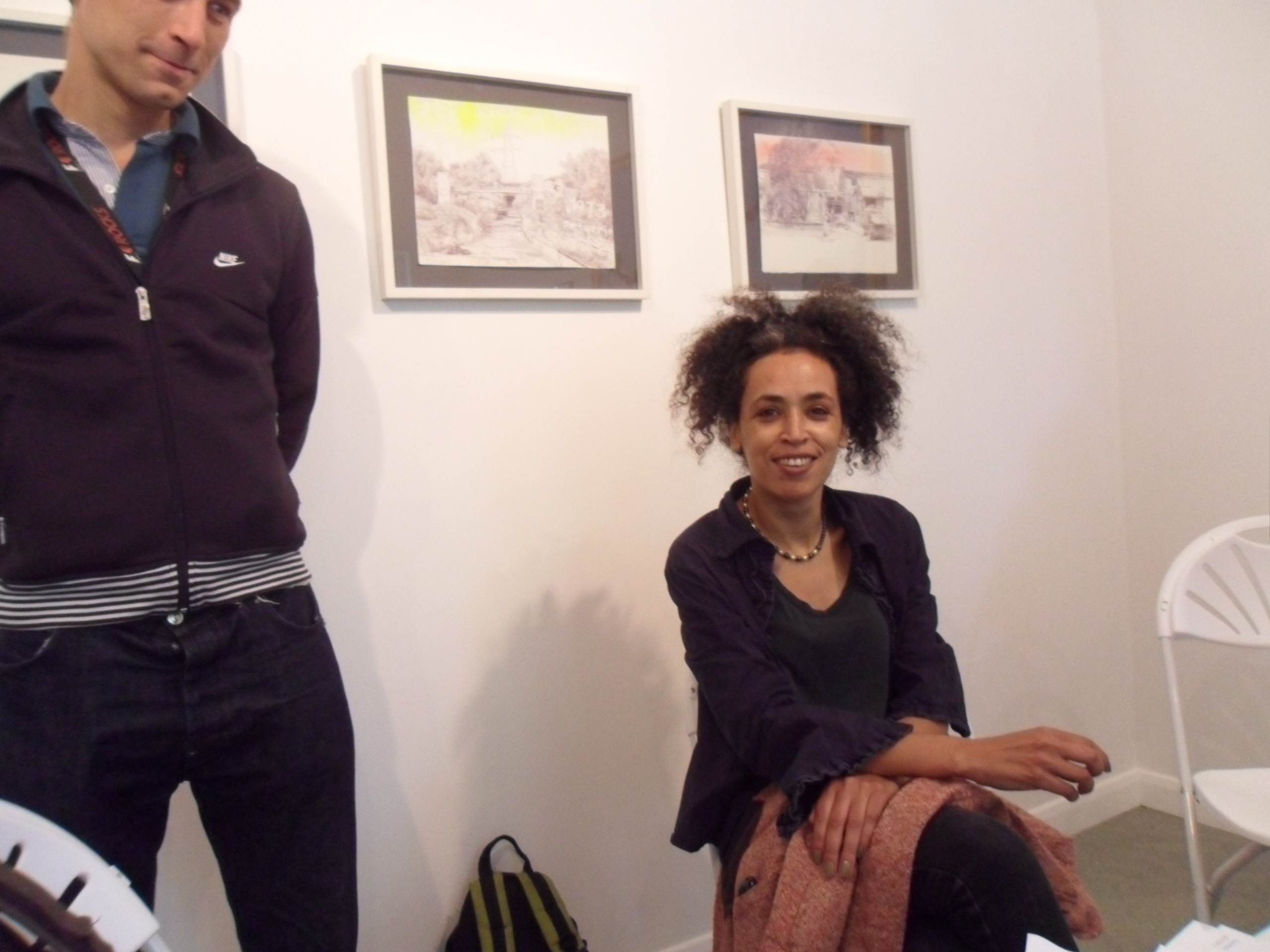 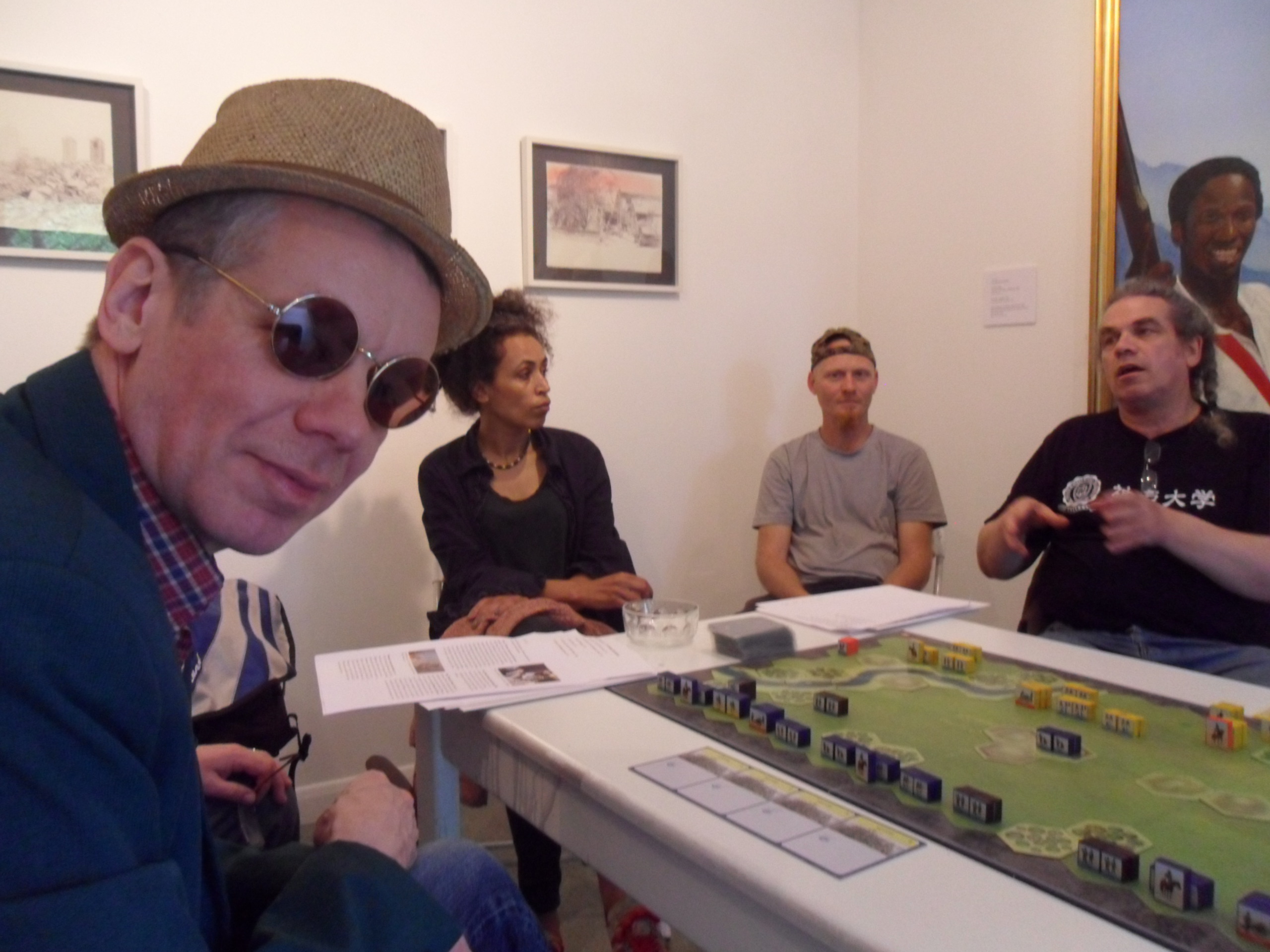 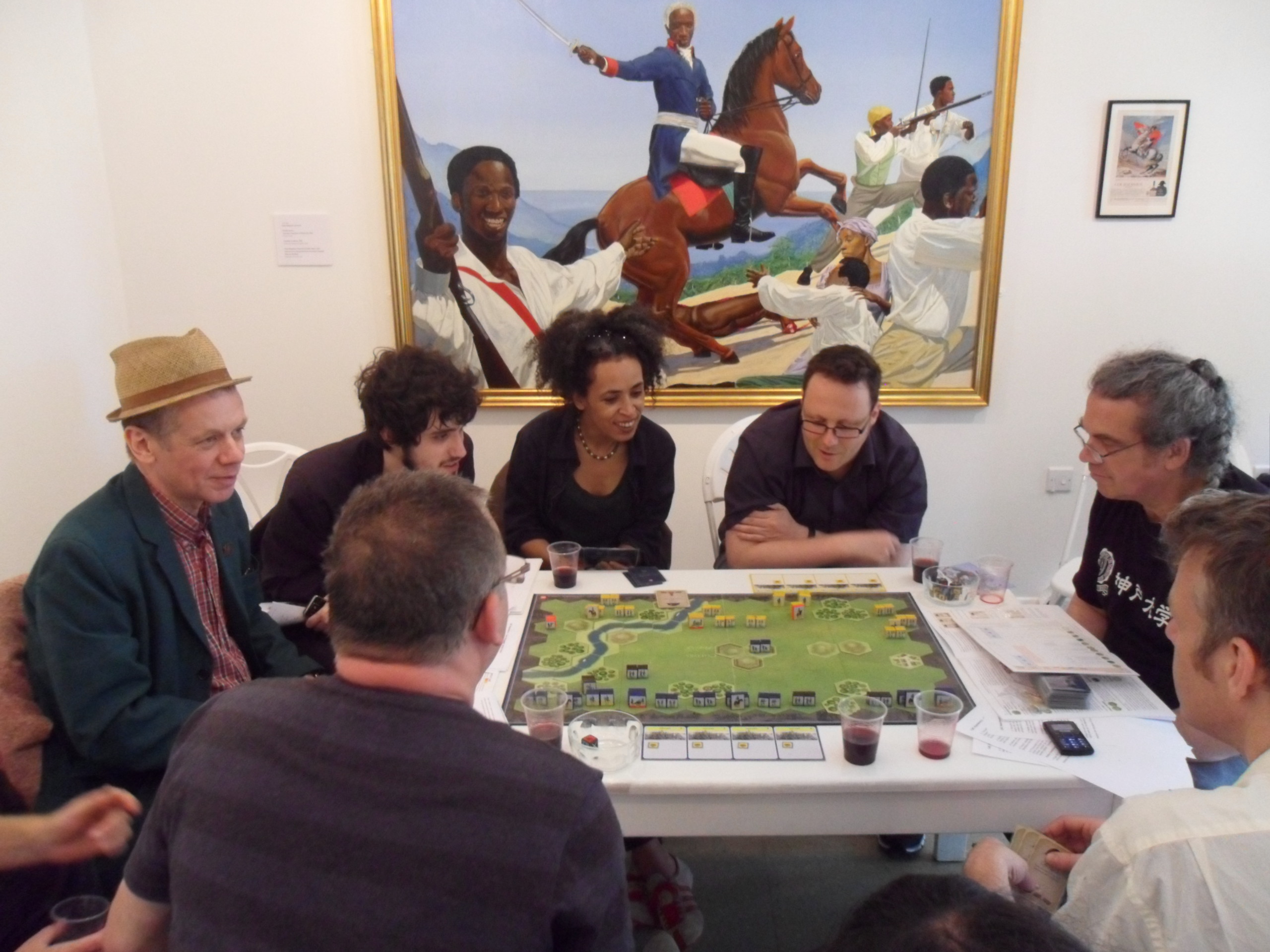 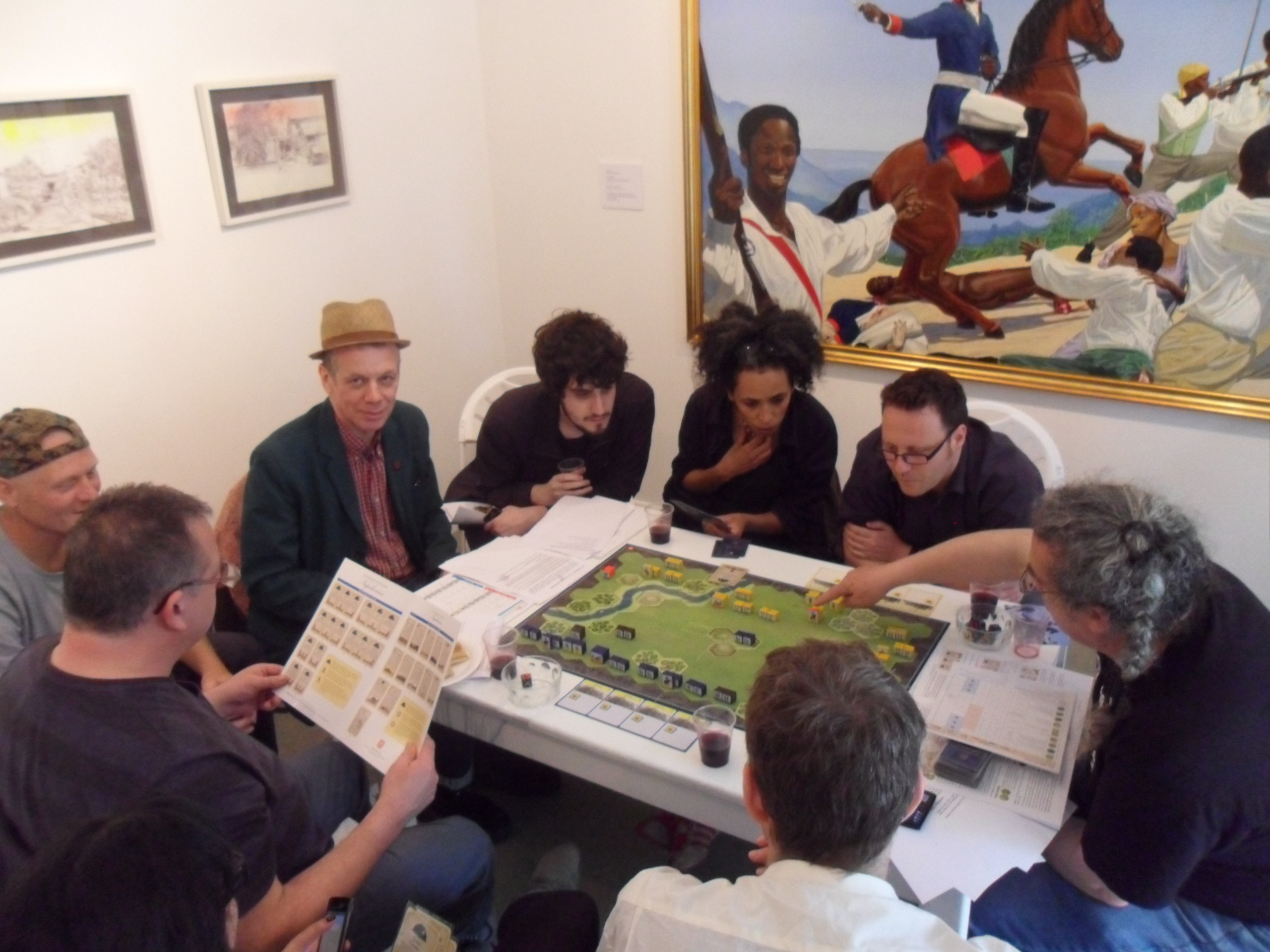 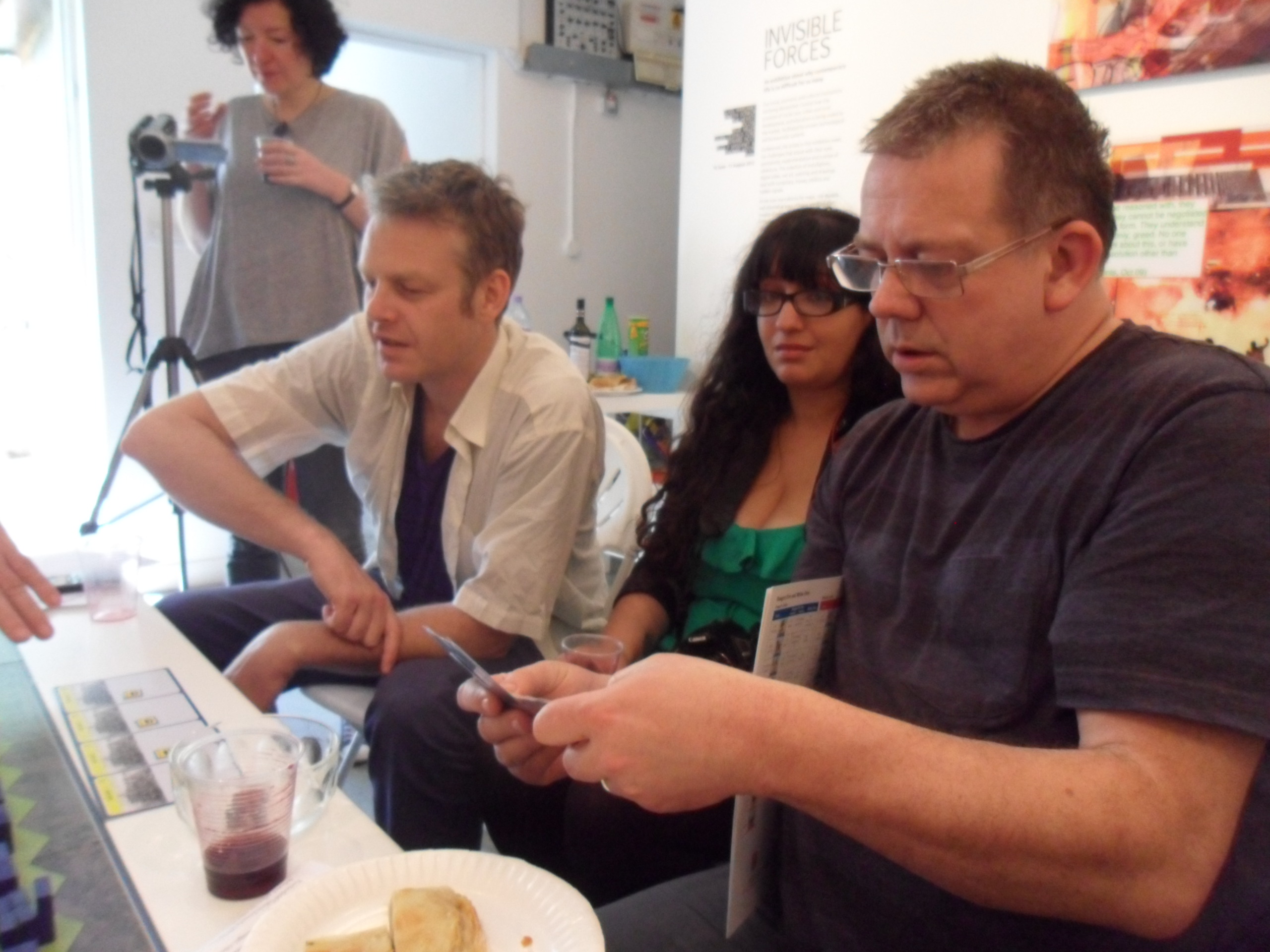 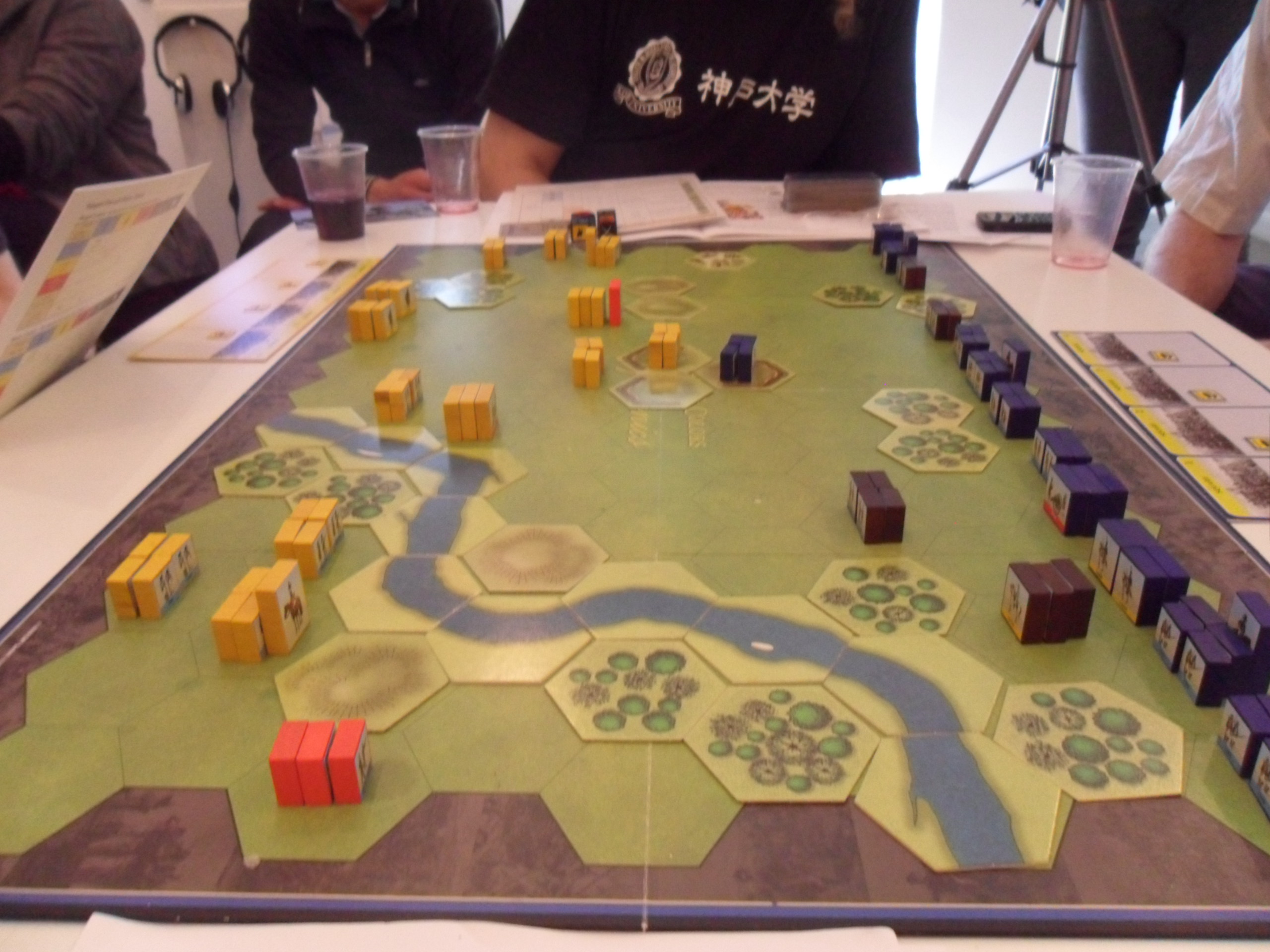 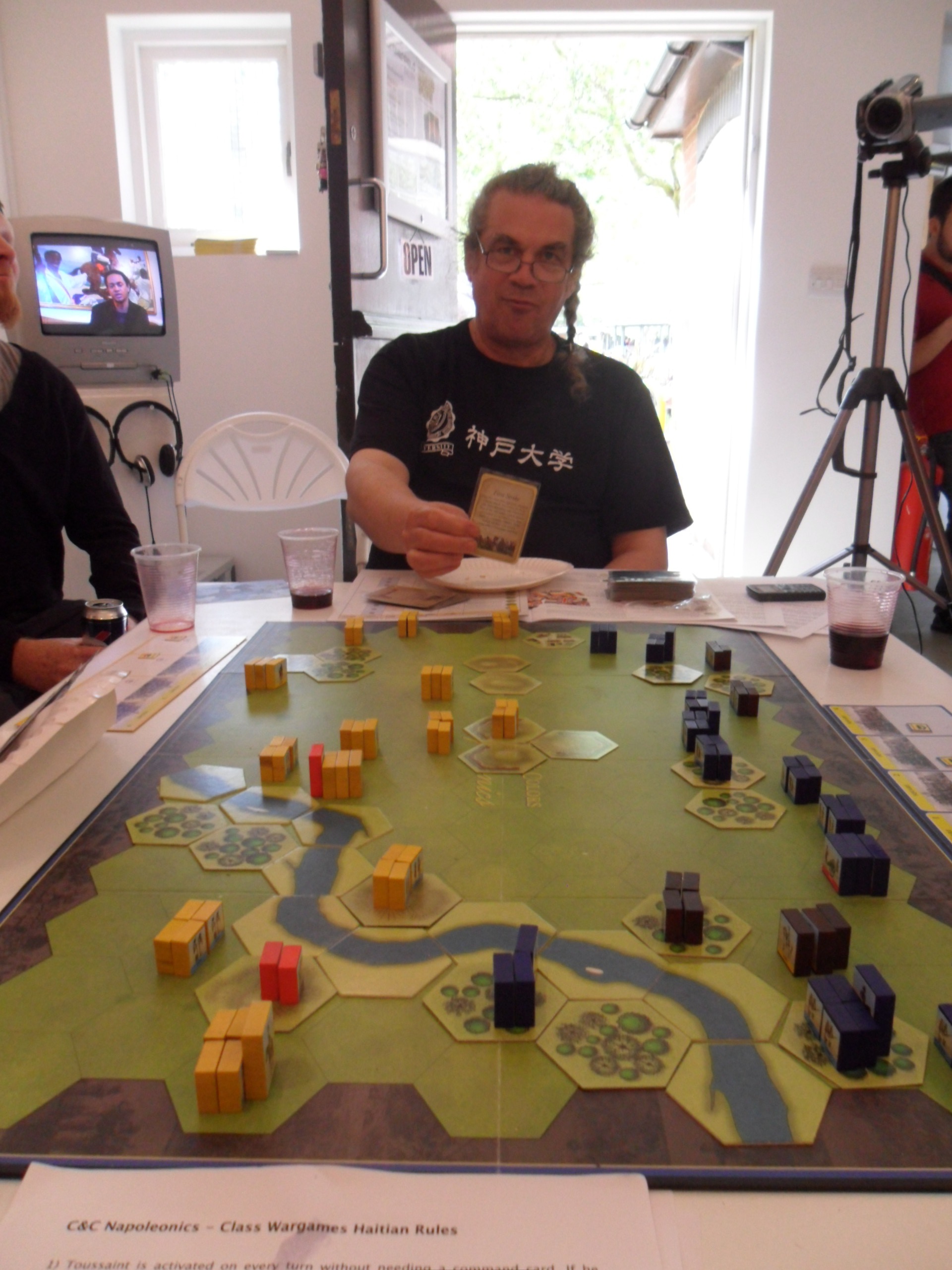 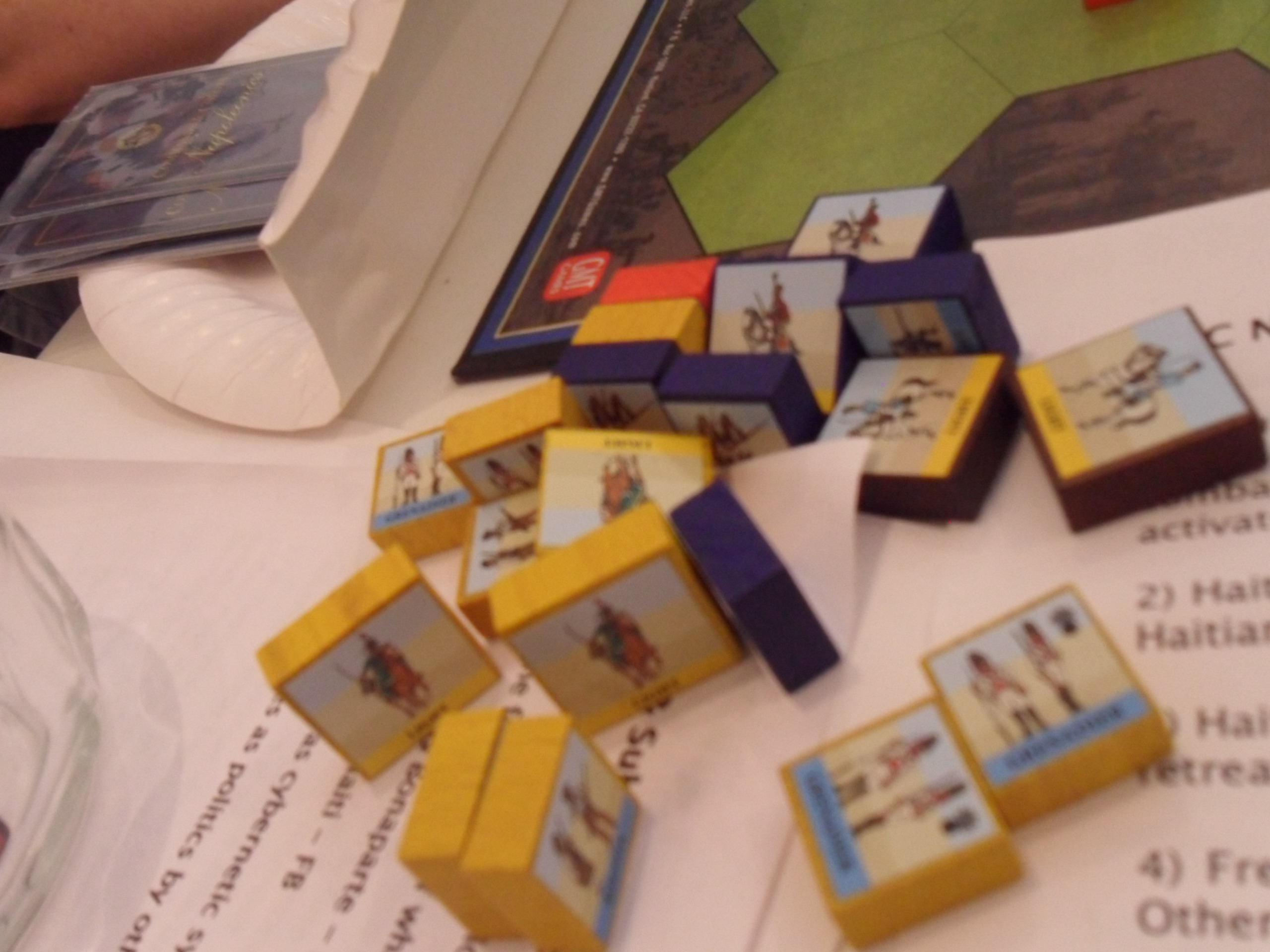 Richard Borg's Commands & Colors: Napoleonics is not overly complex by design. It is based on the highly successful Commands & Colors game system, where the command cards drive the movement while creating a "fog of war." The battle dice resolve combat quickly and efficiently. The scale of the game fluctuates, which allows players to effectively portray epic Napoleonic battles, as well as small historical actions. In some scenarios, an infantry unit may represent an entire division, while in others a unit may represent a single regiment or battalion. The Napoleonic tactics you will need to execute to gain victory conform remarkably well to the advantages and limitations inherent to the various armies and the battlefield terrain features on which they fought. Class Wargames, through hacking the game, is able to create historically accurate scenarios of key points in history. This wonderful military simulation has been adapted to celebrate the world-historical victory of the Haitian Jacobins over the French Bonapartists at the 1802 Battle of Fort Bedourete, or to recreate the 1812 Crossing of the Berezina which was the only time that Carl von Clausewitz and Antoine-Henri Jomini - the two most influential theorists of Napoleonic warfare - faced each other in combat.