Class Wargames at the Ends of the Earth

"- It was a psychogeographical map, not a deployment plan. And there were no potatoes, but onions. - Onions? - Yes, onions. Although for personal reasons I would have preferred potatoes." Victor Pelevin, Chapayev and Void 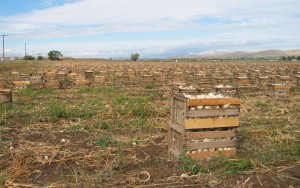 Galereya Revolutsiya ul. Karla Marksa 40 (Karl Marx Street 40) Irkutsk Russia Wednesday, 27th July 19:00-22:00 Co-organised by Theory & Practice, Irkutsk Stefan Lutschinger will be introducing a screening and discussion of the new Russian language version of Class Wargames Presents Guy Debord’s The Game of War which was partly filmed at the Russian State Hermitage Museum. After watching this movie, we shall collectively model the key scene of Victor Pelevin's masterpiece Chapayev and Void as a ludic sculpture and play Guy Debord's The Game of War with red and white onions. "Let us go ahead - Chapayev said. - There are maps of the area. And this table - is a simplified map of consciousness. Those are red. And these are white. But is that so that when we percive the reds and the whites we get their colour? And what is there in us that can get this colour?" Victor Pelevin, Chapayev and Void Photos of the performance.